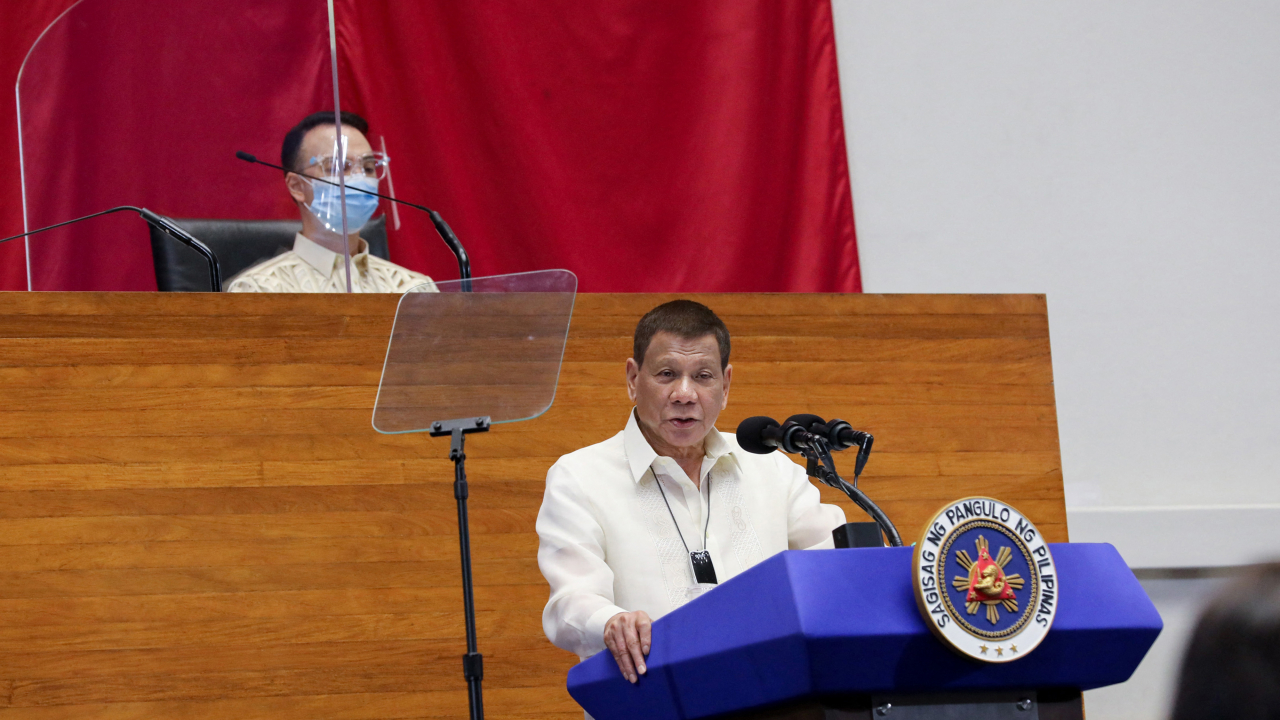 Social media posts shared hundreds of times claim that Facebook shut down the account of a Filipino polling company after posting a poll showing an overwhelmingly positive approval rating for President Rodrigo Duterte. The claim is false: As of February 18, 2021, the Philippine polling company’s Facebook account remains active. Facebook told AFP it had not closed the polling company’s account following the investigation.

A screenshot of the misleading message, taken on February 16, 2021

“Imagine, Duterte got a 91% (sic) approval trust rating despite only fooling citizens with his remarks.”

The survey, carried out the previous month, asked 1,200 people to evaluate performance various government figures over the past three months.

The survey elicited a reaction from some social media users, who accused the pro-Duterte bias polling company.

Coronavirus restrictions have crippled the Philippine economy and thrown many people out of work in a country where hunger and poverty were already major problems before the pandemic struck.

In a maintenance with ABS-CBN News, Pulse Asia chief Ronald Holmes said Duterte’s 91% approval rating could be partly attributed to people’s satisfaction with the government’s aid package to people affected by Covid-19.

The claim is false, however.

As of February 18, 2021, the Pulse Asia account remains active and accessible here.

While the Pulse Asia website was unreachable for some time in February, Holmes said it was unrelated to the Duterte investigation.

In response to the misleading messages, a Facebook spokesperson told AFP he had not deleted the Pulse Media account.

“We have not taken any action on the Pulse Asia Research page and it continues to be available on Facebook,” a representative of the platform told AFP in a WhatApp message on February 16, 2021.

Keyword searches on Google also did not yield credible reports to support the claim in the misleading posts.