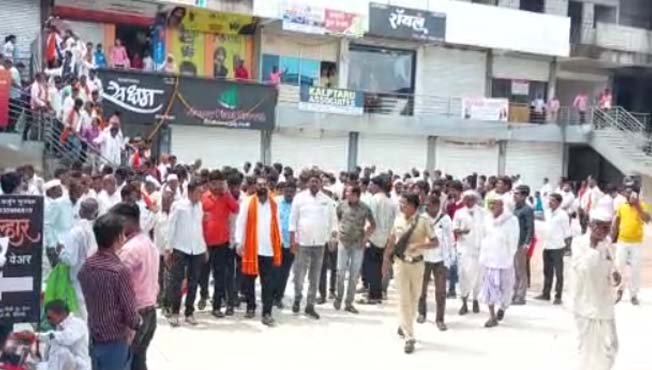 Hingoli, main information service: Shinde Group MP Santosh Bangar on Thursday vandalized the office of the company that was denying crop insurance to farmers and gave civil servants a breath of fresh air. He also asked the District Collector to take action against the company that does not provide crop insurance.