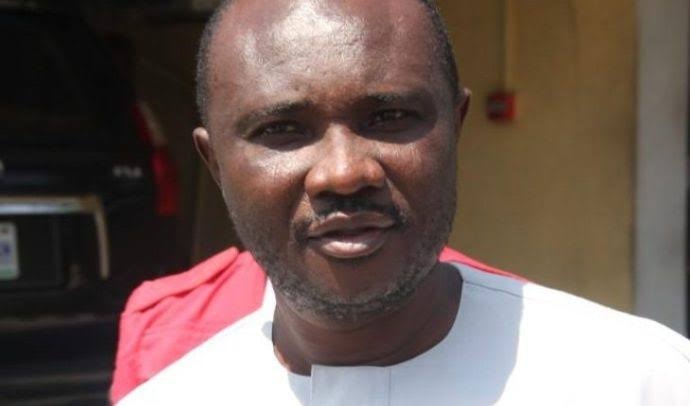 In today’s proceedings, prosecution witness Ibinabo Micheal West explained to the court how he transferred in installments the total sum of 3.6 billion naira to the fourth defendant, Building Associate Limited, owned by the second defendant, Francis Momoh on the instruction of the first defendant, Touyo Omasuli.

Ibinabo West, a businessman working in Port Harcourt, further told the court that he had secured a contract with NDDC to collect debts owed by oil companies operating in the Niger Delta region.

â€œThe oil companies had to hand over an annual budget of three percent to the NDDC, which they did not hand over in full, but did so at will. My services and the company Starline Consultancy Services were awarded the contract to collect the debt owed to the Commission by the oil companies and a four-year mandate was given to me. I was also going to be paid ten percent of the money collected â€.

Testifying further, Ibinabo said, â€œI got over one hundred billion naira and got paid around twelve billion naira. While receiving payments, I was approached by the then Executive Director of Finance, drawing my attention to the harassment of young people in the Niger Delta, who sometimes closed their doors and made multiple requests, so he said in order to cushion the effects on them, every time I get paid, I have to appreciate them, so that they can reach young people â€.

“A Diamond Bank account was sent to me belonging to Building Associate Limited and I transferred a total of 3.6 billion naira to this account in installments.”

Ibinabo, who is the fourth prosecution witness, also told the court that his attention was drawn by the then executive director of finance to the fact that the EFCC was investigating the work of the NDDC and Starline Services. “The first defendant called me, that he would send the third defendant and that I should give a letter of sub-counsel to Building Associate Limited, which was to explain the money I gave them, to reach out to young people. and I forced myself “.

The Subcontract Preparation Letter, Contract Offer Letter and Acceptance Letter were presented by prosecution counsel Ekene Iheanacho and admitted into evidence by the court.

Ibinabo, during cross-examination by the defense, told the court when asked if all the money given to him by the NDDC was the proceeds of crime. He replied that the money had been earned, because he was working for it, and that the money he paid for the youth of the Niger Delta was not illegal funds, nor money used to bribe. NDDC officials to release its funds, and that said money was not paid directly into the accounts of the original defendants.

Counsel for the second, third and fourth defendants, Norrison Quakers, asked the witness if he knew him and how? The witness told the court that he was familiar with the SAN, while at the EFCC office, â€œI, the first defendant and the third defendant were asked to bring a SAN to take us out on bail, So I paid the SAN to take the third defendant on bail. because I already had another SAN that was taking me out on bail â€.

He further asked if he had made a statement to the EFCC office. Ibinabo admitted that he made statements to the EFCC when invited by the Commission, the lawyer sought to present the statements made to the EFCC. Judge Seidu admitted it into evidence and marked it as Exhibit ET 09 A & B.

The witness further told the court that he wrote in his statement that the finance manager asked him to put the money into the Building Associate Limited account, he told the court that he participated in the bid to get the debt collection contract because he has another oil company and is aware of NDDC activities, and the contract was obtained by himself without any influence from the defendants.

The defendants, who were indicted alongside their companies, Don Parker Properties Limited and Building Associates Limited respectively, were arraigned on November 10, 2018 on a charge of 45 counts close to conspiracy and money laundering up to from 3,645,000,000 N.

The defendants pleaded “not guilty” to the charges against them and were subsequently released on bail on November 16, 2018 in the amount of N100 million each with two bonds of a similar amount.